History of MDI and Bar Harbor

On September 5, 1604, French explorer Samuel de Champlain ran aground just off a coastal island off what is now the State of Maine and wrote in his journal, "The mountain summits are all bare and rocky… I name it "Isles de Mont-desert." Mount Desert Island is the third largest island on the United States' eastern seaboard and boasts the only fjord, Somes Sound, on the east coast of North America. 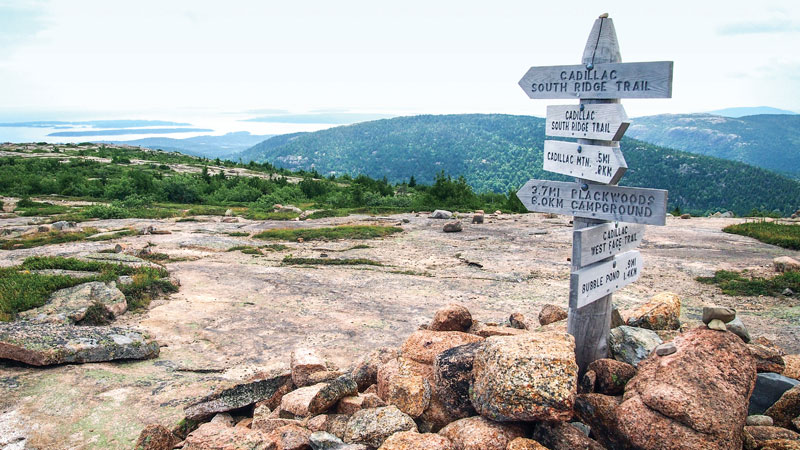 The island was known to attract rusticators in the late 1800's and early 1900's. These were well to do people who escaped to the country from the city during the summer months in search of a quieter, simpler way of life. Wealthy families built their summer 'cottages' here on the island. Thanks to the Rockefeller family, which donated much of its land to found Acadia National Park, the spectacular scenery was preserved and is available for everyone's enjoyment.

Bar Harbor, situated on the northeastern shore of Mount Desert Island, includes the adjacent villages of Hulls Cove, Salisbury Cove, and Town Hill, about 28,000 acres in all. With a year-round population of about 5,000, it swells to several times that number during the busy summer months.

Bar Harbor was initially incorporated in 1796 as the Town of Eden, after Sir Richard Eden, an English statesman, in a document signed by Samuel Adams. In 1918, the town changed its name to Bar Harbor. 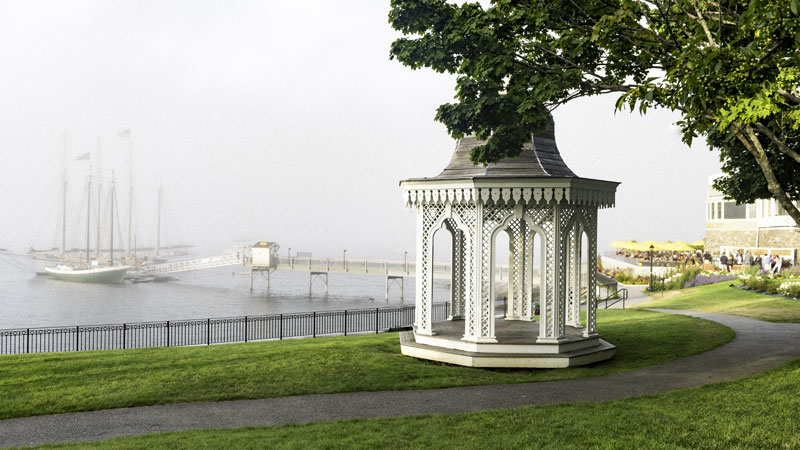 The island and its fantastic wealth of natural beauty began to attract artists from New York in the 1850s. Thomas Cole, Fitz Hugh Lane, William Hart, and Thomas Birch, among others, did much to popularize Mount Desert Island through their paintings of the Acadia mountain and seascapes. These pastoral scenes attracted the attention of the wealthy residents of Boston, New York, and Philadelphia, many of whom traveled by train and ferry to this faraway island on the Maine coast to see and experience it for themselves.

As the number of visitors grew so did the need for more elaborate lodging. Thus was born the era of the grand hotels on the island. The Agamont House was the first, constructed by Tobias Roberts in 1855. By 1880, there were 30 hotels on the island, 17 in Bar Harbor alone, including the Rodick House, an immense affair with 400 rooms. Along with the hotels, piers were built to accommodate increasing steamboat traffic.

Concurrent with the hotel boom, these wealthy summer visitors – their names included the likes of Pulitzer, Proctor, Vanderbilt, Rockefeller, Ford, Carnegie, Astor, and Mellon – built magnificent "cottages" with as many as 80 rooms, opulent mansions rivaling those on the Millionaire's Row of Newport, Rhode Island. Golf, garden parties, carriage rides, and horseracing were hallmark activities of this Gilded Age of the island elite.

Development began to change the nature and character of the island, and so became an increasing concern for island residents, notably Charles Eliot, George Dorr, and John Rockefeller. Together, these men spearheaded a movement to preserve land on the island and protect it from further development. By 1913, this effort helped put 5,000 acres under the care of the Hancock County Trustees of Public Preservation.

Permanent protection was sought from the National Park Service at the federal level, and in 1916, the Sieur de Monts National Monument was established. In 1919, the monument became Lafayette National Park. In 1929 the name was changed one last time to Acadia National Park.

Deer Isle Lighthouse Trail
The island of Deer Isle is beautifully situated on the eastern side of Penobscot Bay. Surrounded by dozens of spruce clad islands with...