DownEast Acadia is rich with many State Parks that offer a broad range of beauty and outdoor recreation opportunities.

Cobscook Bay State Park The wildlife-rich waters of Cobscook Bay surround this 888-acre park on three sides, providing opportunities to watch birds and observe the ebb and flow of the region's impressive tides. Cobscook, the Maliseet-Passamaquoddy tribal word for "boiling tides," aptly describes this setting where the tidal range averages 24 feet and can reach 28 feet, compared to a 9-foot average tide along Maine's southernmost coast.

The park is an excellent base for family camping and explorations in easternmost Maine. Many of the park's 106 campsites both for tenting and RVs border Whiting Bay, a sheltered inlet within the larger Bay. The park offers a boat launch for those with the experience to handle boating in challenging conditions due to with rapids created by fast-moving tides.

Cobscook Bay is an unusual estuary with a narrow opening to the sea, a long and convoluted shoreline, and relatively few feeder streams and rivers. Nutrient-rich salt water flowing in from the Gulf of Maine stimulates plankton growth, which feeds a vast array of invertebrates,such as shellfish and marine worms. Eagles, ospreys, seals, otters and even the occasional bear enjoy the Bay's abundant fish, including smelt, alewives, shad, sea-run brook trout, striped bass, and the Atlantic salmon.

The Bay's productive food web nourishes more than 200 bird species. Attracted by Cobscook Bay's sheltered coves, mudflats, and eelgrass beds, thousands of shorebirds stop over each fall to rest and forage as they migrate south from northern breeding grounds. The Bay's inner coves support a quarter of Maine's wintering black ducks and the state's highest bald eagles concentration. A free birding list for the Cobscook Bay region is available at the Park entrance. 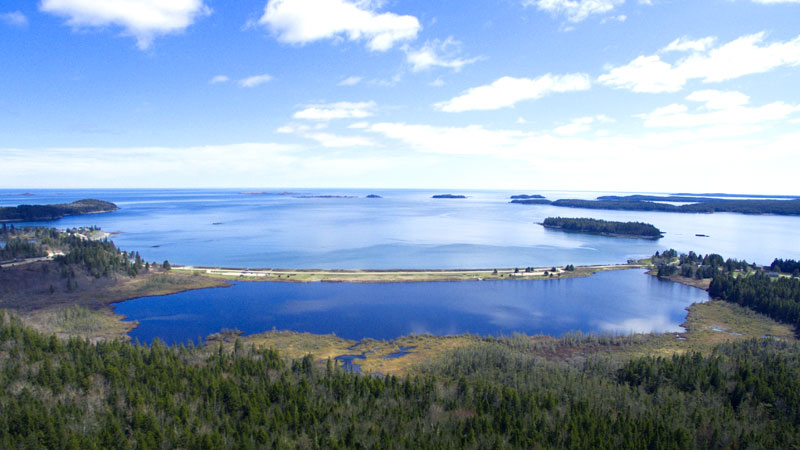 Roque Bluffs State Park A popular destiantion, the park provides visitors with a great diversity of coastal landscapes to enjoy in 274 acres on Schoppee Point, south of Machias. A beautiful, half-mile crescent of sand and pebbles along Englishman Bay is backed by the shallow waters of 60-acre Simpson Pond - allowing for bracing saltwater swims and much warmer freshwater soaks. Between the beach and the pond are several picnic areas and a children's play area adjoining the parking area. A 6-mile trail network just inland from the shore leads through old orchards, fields, and woods, with paths that follow the rocky shores of Great Cove and Pond Cove.

Both Englishman Bay and Simpson Pond can be explored by canoe or kayak (with rental kayaks available for use on Simpson Pond). The pond is stocked so anglers can fish for brook trout in the spring and brown trout through much of the summer. Bait fishermen use the pond in fall and winter.

Several miles of trails cross the headland. A hiking trail from the parking area leads through woods to a rocky headland 173 feet above sea level, passing several pocket beaches and protected coves. From this outlook, visitors can see Campobello Island in New Brunswick, Canada, the town of Lubec, and the Eastport cargo pier on Estes Head, as well as aquaculture pens where Atlantic salmon are raised. Park trails afford excellent opportunities for wildlife watching and warblers and hermit thrushes in the woodland areas, bald eagles, common terns, and spotted sandpipers along the shore. Ornithologists have documented 28 different bird species nesting on the headland. 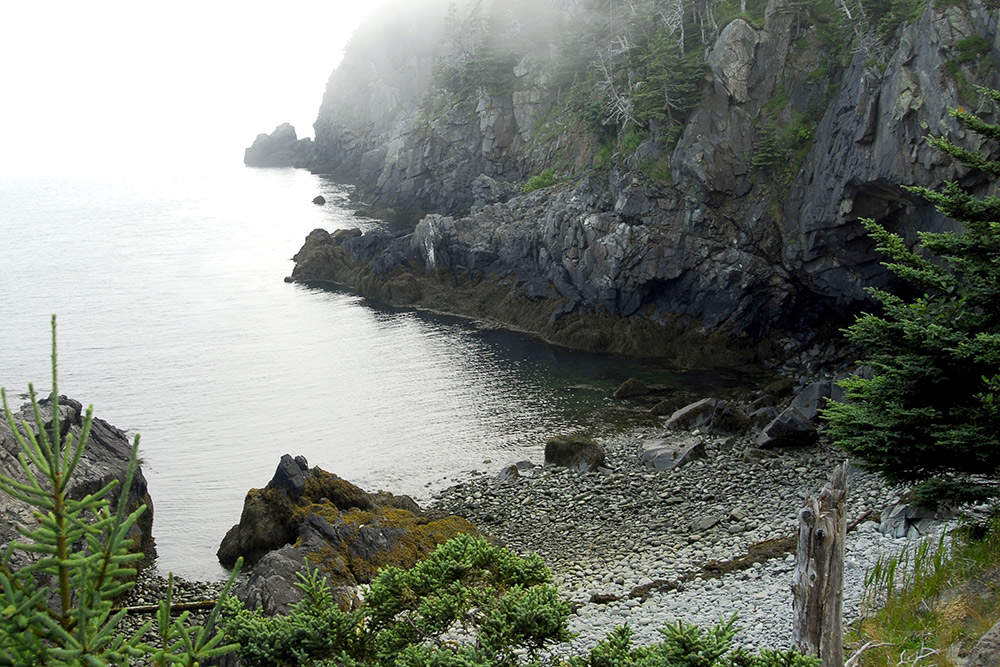 Quoddy Head State Park This park encompasses 541 acres at the tip of America's easternmost peninsula, offering opportunities to visit a historic lighthouse, picnic and hike up to 5 miles of scenic trails. From the candy-striped West Quoddy Head Light, Maine's easternmost lighthouse, visitors can look out over Quoddy Channel (which divides the U.S. and Canada) to the towering red cliffs of Grand Manan Island in New Brunswick.

Commissioned by President Thomas Jefferson, West Quoddy Head Light was first built in 1808. The present tower and house, which date back to 1858, were staffed by resident lightkeepers until 1988 when the U.S. Coast Guard automated the light.

The park affords some of Maine's best wildlife-watching. Visitors in summer may spot humpback, minke and finback whales offshore, along with rafts of eider, scoter and old squaw ducks. Kittiwakes, gannets, black-bellied plovers, ruddy turnstones, and purple sandpipers all can be seen at times roosting on Sail Rock. During spring and fall migration periods, hundreds of shorebirds congregate near the park's western boundary at Lubec Flats and Carrying Place Cove (named for a canoe portage site that Native Americans used). Birding opportunities continue into winter, with sea ducks, murres, and razorbills offshore and frequent bald eagles.

Precipice Trail
(Strenuous hiking, 1.3 miles one-way) The sheer cliff walls of Champlain Mountain rise dramatically from sea level to over 1,000 feet on the...

Ocean Path
Ocean Path The Ocean Path is one of the finest walks in all of Acadia National Park, meandering for a little over two spectacular miles...

New England Forestry Foundation
A forest is a place to watch birds, see wildlife, touch a tree, listen to the wind, or restore your soul. You are never far from one of New...

Shakespeare Play: Much Ado About Nothing

Sacha Grippando will give an illustrated talk on mid-20th century jewelry design.

Create memories of playing on the waterfront with friends, eating cotton candy, and watching...

Bar Harbor’s Fourth of July has been named one of the best in the U.S.

Here at Castine Kayak Adventures, we are offering a Special Day and Night Paddling Package: Join us for a day and night trip and receive 20% off your entire purchase when you book them at the same time! This is a great option if you are looking to get...

Acadia National Park is a stunning national treasure on the coast of Maine. No matter where you explore in this park, the views are spectacular and nature abounds. No wonder this is one of the most visited parks in all of North America! Acadia National...